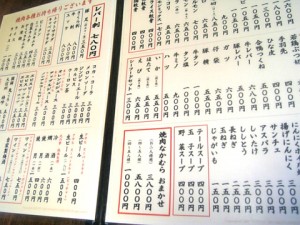 Phrases won't help you if you can't read the menu

If you ever learned how to order food in a classroom and/or textbook, let me assure you that is not how it’s done. Because Japanese employs a relative system of politeness, as a customer of the food establishment, you are automatically on top of the societal ladder regardless of your actual social status. Of course, that also means you’re at the very bottom when you meet with customers in your own job.

This typically means you need the following skills for ordering food in Japan. 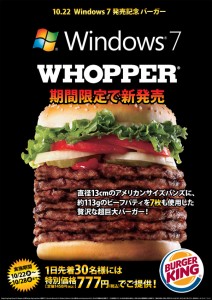 Contrary to popular belief, you can eat big in Japan (at least for a limited time)

Let me tell you, I thought I was pretty good at Japanese when I first arrived in Japan but when I went to buy something for the first time at a convenience store, I didn’t understand a lick of what was being said. How embarrassing!

So in this multi-part series, we will look at various types of foods and what they are called so that you can easily order them like a pro! In this part, we’ll look at some phrases that should help you navigate your way through convenience stores and fast food restaurants.

You don’t really need to learn menu items in advance for convenience stores （コンビニ） or fast food restaurants. Obviously, you just pick up what you want in convenience stores and pictures are plentiful in fast food restaurants including mostly food you’re already familiar with such as the standard burgers and fries. However, the employees are going to ask you all sorts of stuff such as whether to take out or if you want to order the combo. And if you’re new to this, chances are highly likely that it will sound like a bunch of gibberish.

Just try to catch a few key words from these phrases because it’s going to be really fast. And of course, the universal rule of learning languages is that asking people to repeat themselves will not slow it down one iota.

The lists are pretty short but the whole process is pretty standardized (and probably in a manual and everything). It should be enough to get you out the door with your food at the very least but feel free to add other expressions you’ve frequently heard that I missed in the comments.

Finally, if you’re bored see if you can identify the various おでん ingredients. I’m not going to bother going over them because as I recall, it’s all self-service at the convenience store.