So almost 5 years ago, I wrote a blog post about not understanding twitter. Well, I get it now. I also get why Google killed Google Reader.

Writing a long, informative blog post is a lot of work and something I obviously haven’t done in a while. There was a golden age where people shared information on platforms with great interoperability and open standards. You could easily aggregate information via RSS/Atom and it was very easy to export, migrate, and generally own your blog data.

But controlling and managing your own data is also a lot of work mostly because of the ever increasing onslaught of spam. So it’s easier to give all our data to facebook and google for free while they try to sell us to advertisers. You can’t consolidate anything from facebook, google, or twitter because of course they’re competitors and would never share their (ie your) data with each other. You can even’t retrieve all your tweets and instagram tries to block you from downloading YOUR OWN PICTURES albeit with some cheap and simple filter effects.

And now I’m considering shutting down the forum. Yes, I’m part of the problem. Apparently, I need to get off my own lawn.

So long, Google Reader, we’ve had a good run. Along with iGoogle, Google is systematically killing how I organize and consume information on the Internet. They claim they are culling the less popular products but make no mistake, this is a deliberate ploy to get more information about you (and hence more money). I don’t like Google+ and Facebook because they are very invasive, constantly trying to find out about my personal relationships. I have no interest in disclosing my personal information and activities offline to the rest of the world. And the rest of the world isn’t interested in what I do offline either except for, of course, advertisers.

But hey, nothing in the world is free, eh? The price of getting information is selling information, in this case, about yourself; information that can be all too easily leaked via security holes.

What do you think is the best site for learning Japanese (excluding dictionaries)?

Earlier this year, I’ve been trying to add more content and tune my site to rank higher for searches on “learning japanese” not just “japanese grammar”. (You can compare which searches are more popular with Google Trends). When I did some ad hoc testing at the time, it ranked somewhere around the 40-50s.

I still have quite a bit of work to do on the content side but here’s the results from the last few months. Unfortunately, the data doesn’t go back farther and it’s not representative as over half of the search queries do not provide the search keyword (unless I become an adwords customer apparently). As it is, the site ranking has been improved to an average of 6.8.

I expect the CTR to be miserable until the site ranking goes up to at least around 3-4. Lately, I’ve been concentrating on my own studies, but I’d like to eventually get back to working on the complete guide soon. In the meantime, if you think my site is useful for learning Japanese, any inbound links with the phrase “learn Japanese” would be appreciated.

Oddly, the most common search query was “katakana”, about 2-3 times more impressions than “learn japanese” and “hiragana”. I wonder why? Maybe I should beef up my Katakana sections?

Research indicates that page load time is also critical for traffic. So I also installed Boost for my drupal installation to speed things up a bit yesterday. The results are inconclusive but it does seem a bit snappier to me.

I’ve been following the mobile tech news including the new android and iPhone with interest. It certainly seems like a lot of exciting stuff is happening and many areas could offer innovations in learning languages. In particular, voice recognition could potentially allow a program to check your pronunciation and text-to-speech could read out any Japanese text. Definitely, Android seems to have a lot more innovative stuff that could be potentially leveraged for language acquisition. And we already have touch screens all over the place so I’m hoping it’s only a matter of time before you can look up kanji online by writing it with your finger. Still, I haven’t bought a smart phone of my own, so I can’t test anything myself. I’m just not keen on being online all the time and certainly not by paying $100 every month. I already pay over $40 dollars for broadband. I’m not even on the road that much and have access to a computer most of the time.

Do you have a smartphone and is it worth the money?

I finally got around to adding sounds to the Hiragana chart. Check it out. More needs to be done but it was hell getting it all working. I didn’t feel like using flash (not supported by iPhone and iPad) and instead opted for the html 5 audio tag. Only problem is that there is no single audio format that works for more than 2 browsers. So I wrote a script that changes the audio file based on your browser. The volume control is buggy in Firefox and of course, none of this works for IE (until IE 9). Anyway, long story short, setting up audio on a webpage is still a LONG way away from being something a non-techie can do. Isn’t that kind of sad?

Great, another Twitter account but now in my email and without the hassle of having to add followers (they pre-load from your contacts). I guess my major problem is I don’t spend enough time online ALREADY.

My wife’s friend Akina is coming to visit next month, so I thought I’d take this opportunity to capture her nice voice with a nice microphone. It’s a short visit so time will be limited but I figured I could at least get the Hiragana sounds done (male version by yours truly). I’m looking for a budget mic that costs less than $100 and can be used by multiple people in a quiet room. Does anybody have any good recommendations? I’m currently thinking about buying the blue snowball. I definitely like that it has an omni-mode so that I don’t have to buy a mic for each person once I get to doing audio for conversations.

Thanks to the kind folks who’ve contributed to the audio fund, I now have enough funds there to cover a mic under $100. But you know what? I’m going to pay for it out of pocket because I’d like the donations to go to something more than just gadgets that I want to buy anyway. I’d also like to take this opportunity to thank those who have contributed so far (discreetly ordered in dollar amounts heh). Thanks and I hope to bring some audio to the site in the near future. 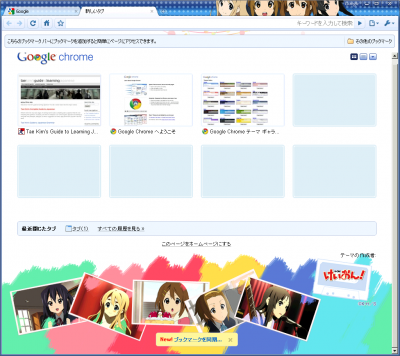 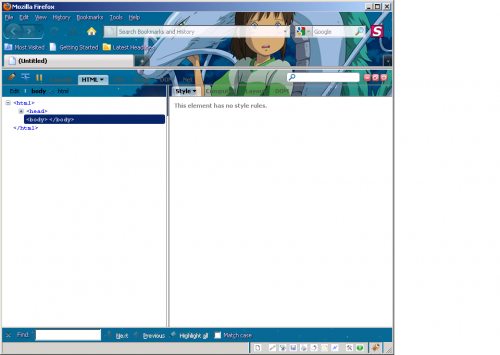 I got an account on Google Wave, which is still in limited preview. I watched the video and I get that it would be a nice tool for online and real-time collaboration. Problem is I don’t really have anything to collaborate on since I’ve mostly been working solo. One idea I did have was on compiling a lot of example problems and exercises for a workbook. Does anybody have any good ideas for an online collaboration project for helping people learn Japanese?

Though I don’t know what it does or how it differs from my email address but my wave address is taekim.japanese AT googlewave.com

I thought I’d try Chrome out since it has cool themes and I like that kind of stuff.

I considered switching for simple browsing until I went to the news.google.co.jp. Compare the font to Firefox.

The font just looks really, really bad. There are jagged edges everywhere and I don’t recall 「員」 having two diagonal lines like

. It’s just downright painful to read. But by far, this takes the cake.

Are you freaking kidding me? This is version 3 and it doesn’t even display the right freaking language?!

This was on all my Windows XP machines including a Japanese version of Windows XP.